the following pictures were taken at various times between 2009-2012, across multiple visits with different groups of friends. 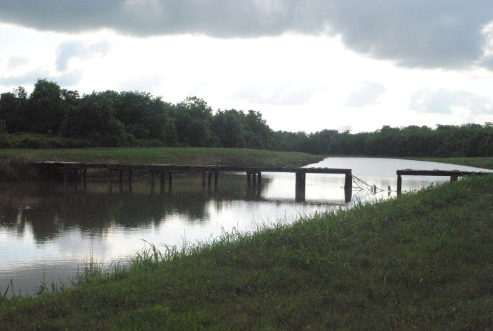 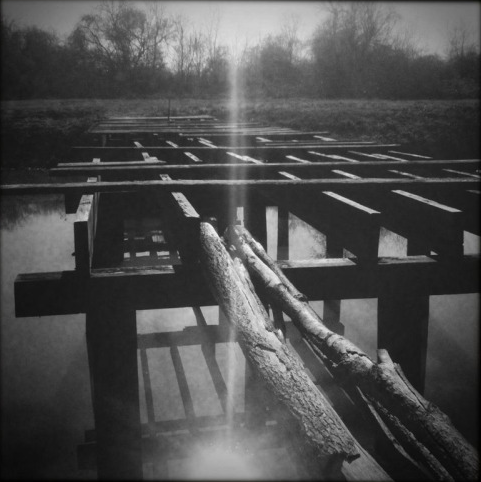 This is the first bridge you have to find. There were a few ways to get here, but the simplest was to just always take the left path at a fork, and keep the river on your left. Follow it to this clearing. And here it is. It was, as you can see, missing lots of planks and sort of precarious. One of the times I came, it was with a bunch of guys that would have timed races across the bridge to see who could run across the fastest. Most people would just hop around, relying on their balance, but I almost always opted for the "sit'n'scoot". Those two big tree limbs were put there by someone so people could cross. There were all kinds of different things nailed together and such, one made after the last that broke or fell into the river. I'm pretty sure the bridge is gone now, and the park is more Officially a park and not a weird hardly regulated forest with abandoned buildings and not many formal paths to walk down. It's a bummer. Much less mysterious, I'm sure. Haven't been in a long time. Once, they found a few acres or weed being grown. A few weeks before then, which I believe was my last time visiting, a friend and I went into an area we hadn't been before to try to find a way to the abandoned house without using the big bridge, and I almost tripped over a wire or tube leading over a little hill and through some trees. We heard talking, and when peaking above the little hill, we saw two cars. One of them was a bright red sports car. We were in the middle of a fucking forested area with essentially no trails. I have no idea how those got there, but I've always wondered if it was the guys growing weed. Helicopters were hovering over the area for a few days. It was pretty funny. 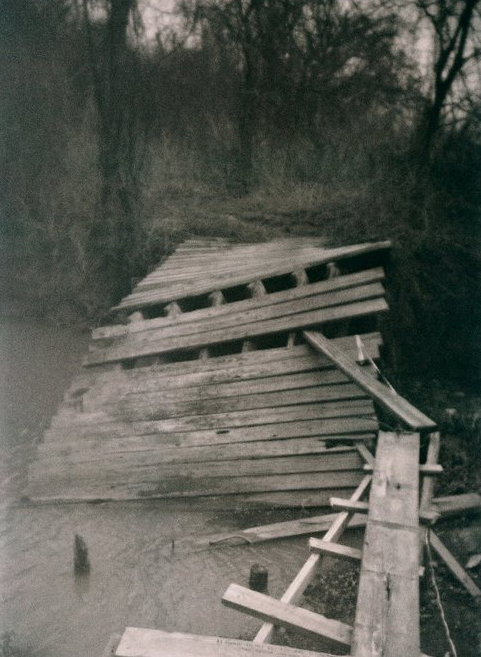 This was the second bridge. As you can see, someone had put together a liddle ladder-thing to walk across. The next two pictures are after crossing, facing the opposite way. 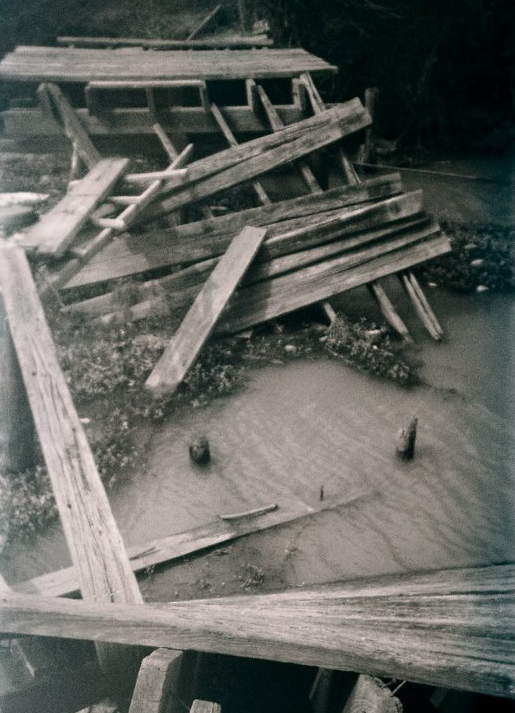 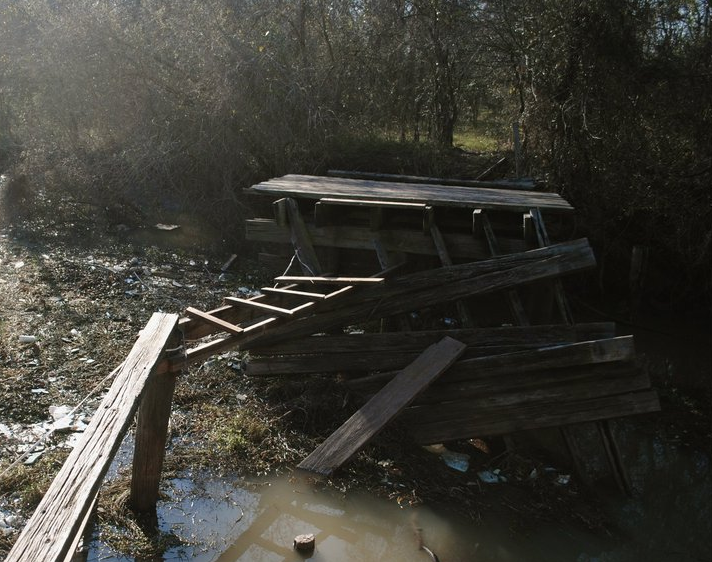 This bridge was across a marshy area at a small clearing, which was situated along the furthest corner of a large plantation belonging to the prison nearby that had been in in operation since 1909. I remember crossing one of the first few times, looking out and seeing a correctional officer on a huge horse, looking down at a prisoner picking cotton. It must have been 2010. I couldn't stop staring, it was something I thought I'd only see in history books. I was rushed on because we were afraid of getting noticed. In the picture above, the field would have been to the left, just out of frame. This prison closed down in late 2011, two years after another prison building some miles away (that had been out of commission since 1969) was beginning to get turned into a science museum. I remember when someone I know who works with the city and does inspections told me how when they first went to look at the building, before any work was done on it and before all the new housing development, they went to the basement which was mostly brick-walled, and you could see holes and chunks of brick carved out around the holes, where bullets had hit. He told me they used to kill the prisoners down there. About 7 years later, they found a mass burial site by accident when trying to build on the former prison's land.

I have another page dedicated to the street nearby where the prison guards and their families lived, and were forced to vacate within a month (as were the prisoners from the prison, when the announcement for decommissioning went public). 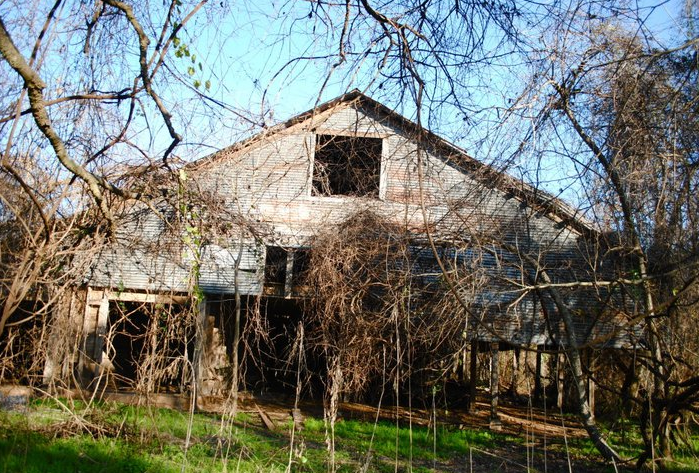 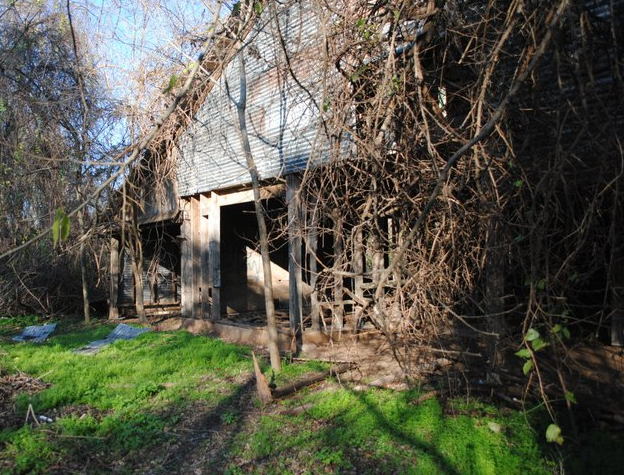 And here it is! The big ass barn. I really couldn't tell you how old it was, and some findings in the surrounding area confuse me, but I think I've read somewhere that it's around 100 years old...For some reason I doubt that, though. Nonetheless... 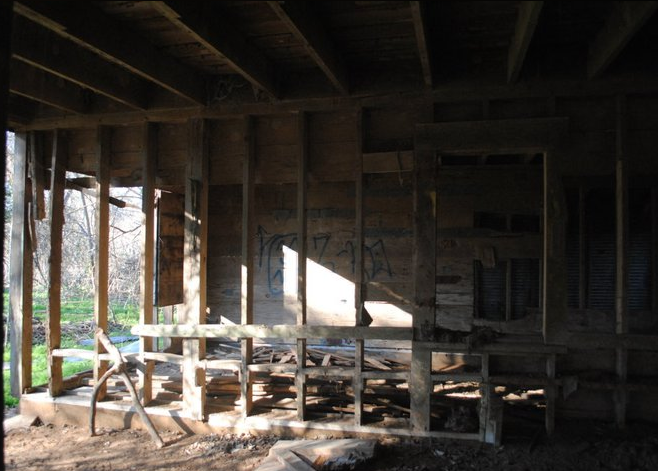 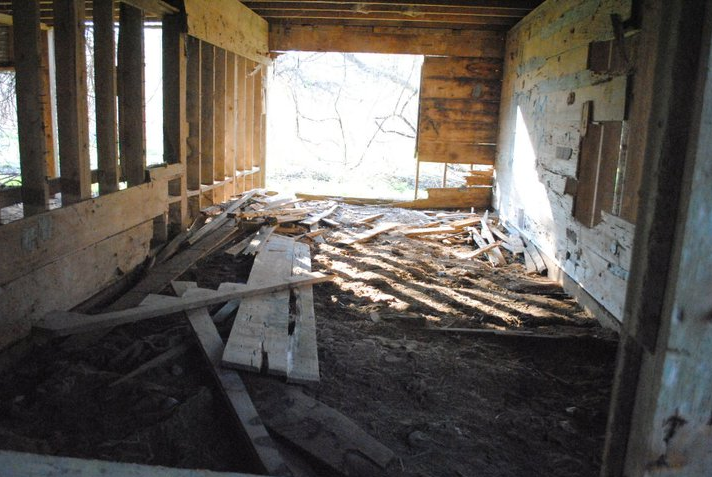 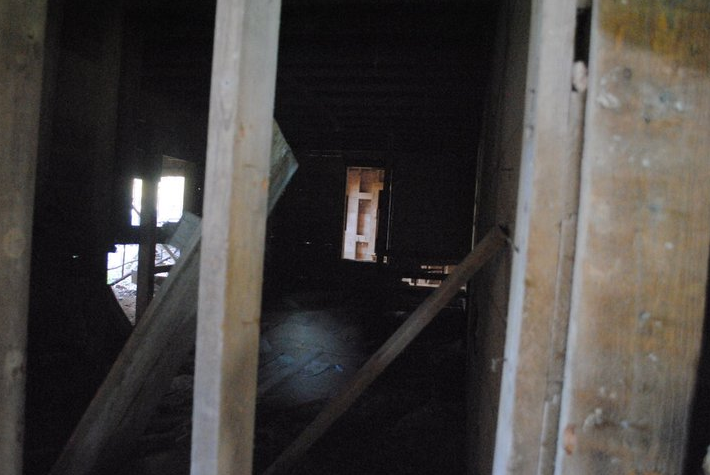 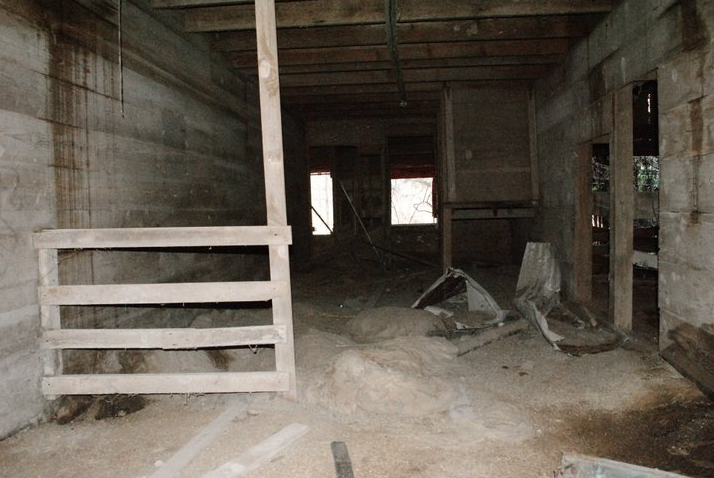 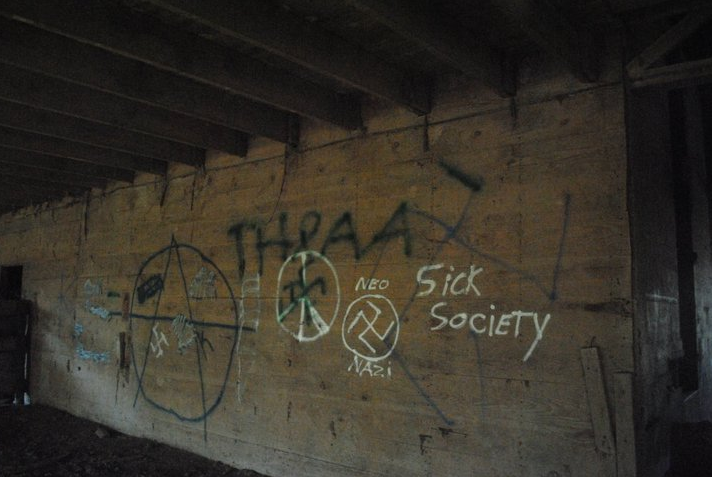 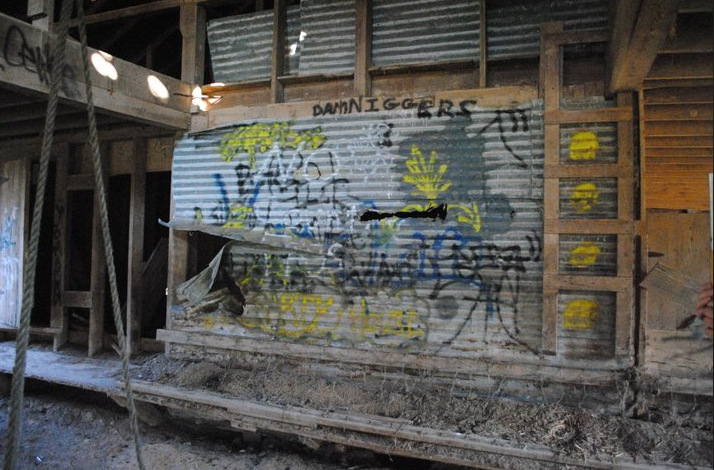 Here on the right you see a lil ladder leading up to the second floor. 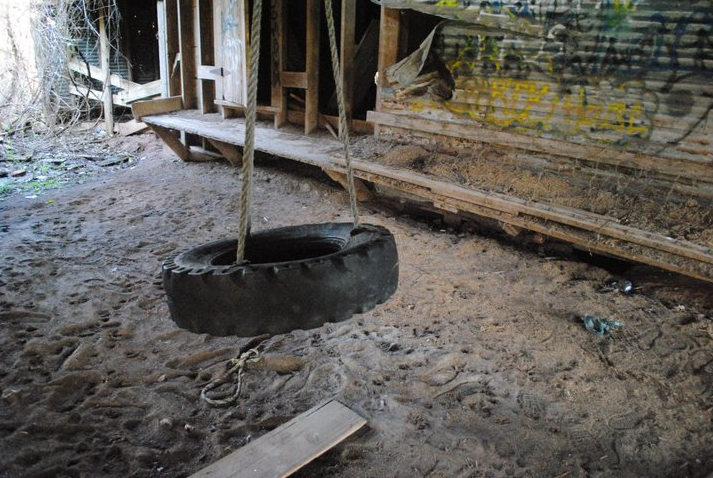 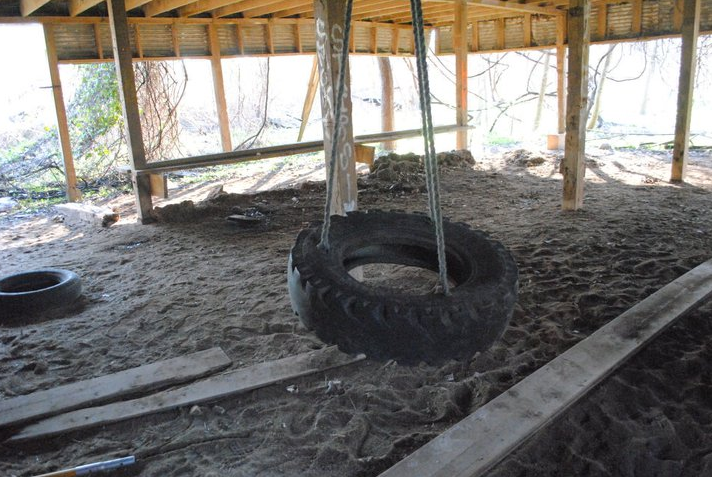 Taken from the other side of the tire-swing-thing, looking out. 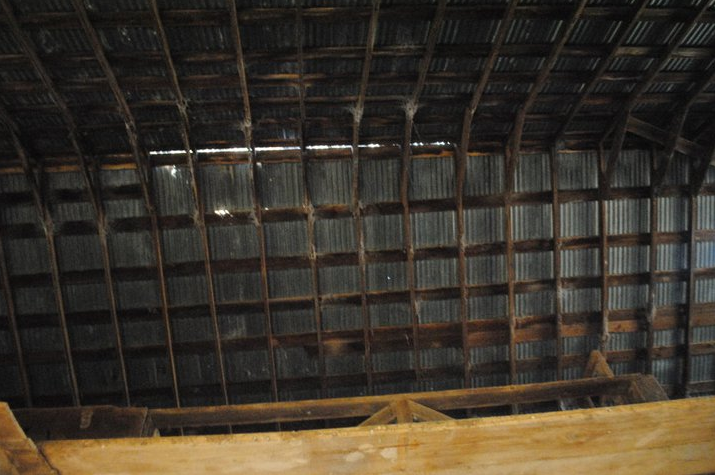 Here's the ceiling. Lots of webs and weirdness. I feel like the images don't do the size of this building any justice. 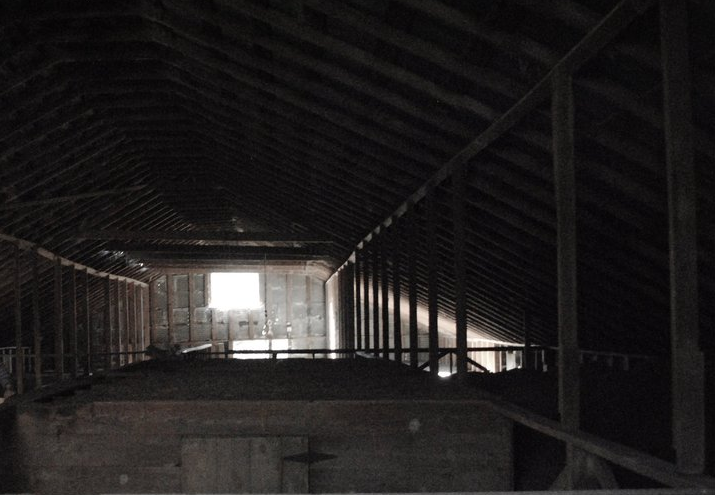 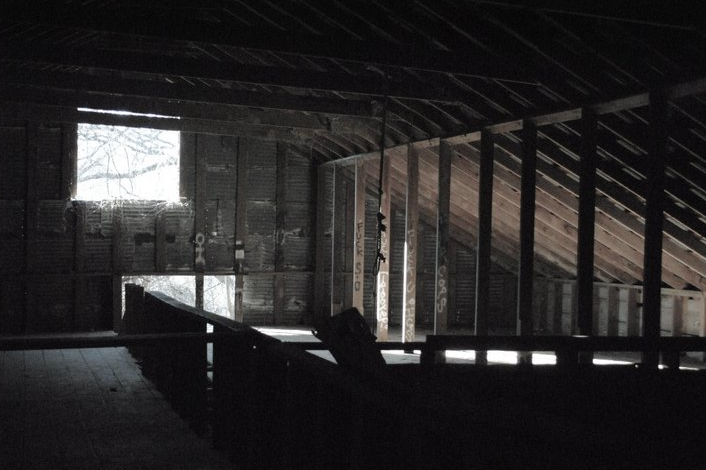 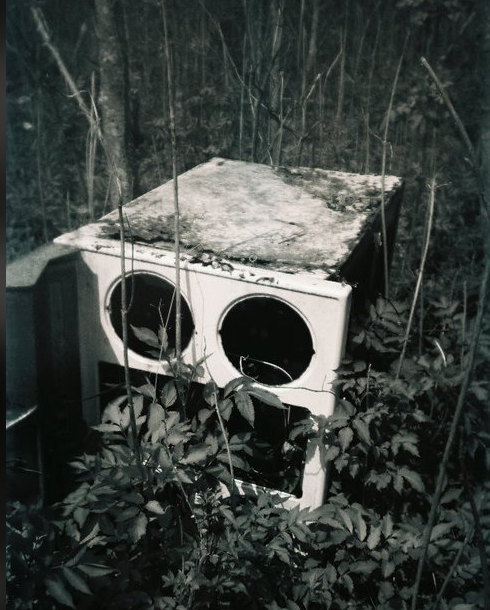 Saw this on the way to the second building in the area. There's also a tiny...um...I guess shed or stable? It had a lot of car stuff in it so part of me wonders if its just a really basic old 'garage' from back in the day but that sounds silly. 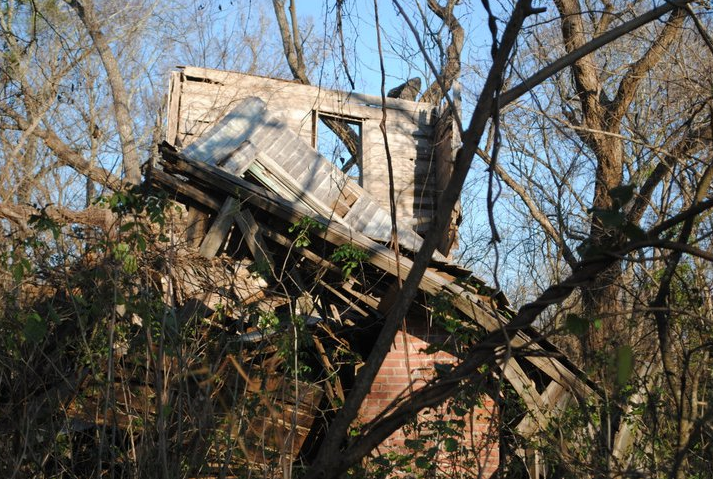 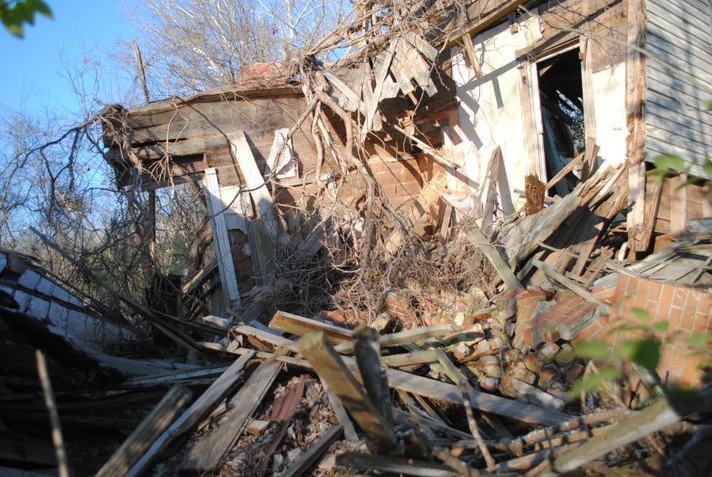 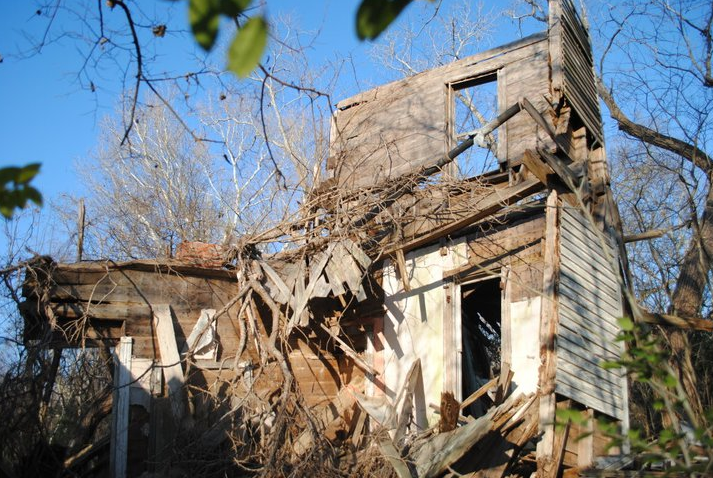 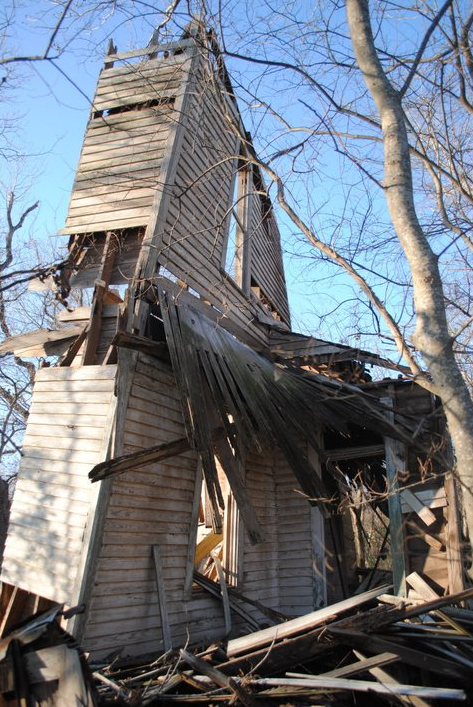 And this was the second building. It was definitely residential... I don't have the picture listed here, but I remember a sink sticking out of one of the windows or doorways. I really have no semblance of the history of these buildings, and wish I did. I wonder if they're even still there... Alas.